This is part 2 of our Siquijor-Bohol adventure. Click here for part 1!

We arrived at Alona Beach around 5PM. We were all in need of a shower after our long boat ride so went looking for the public showers at Alona beach. Sadly the public showers was out of order. Luckily, 2 of our friends stayed at Alona Hammocks hence they were able to ask permission from the owner to let us use their shower and change clothes. The owner also knew a guy who  owns a car for hire. We decided to hire the driver to take us to Tubigon. We were able to cut our travel time in half because of this and arrived in Tubigon in just 2 hours. 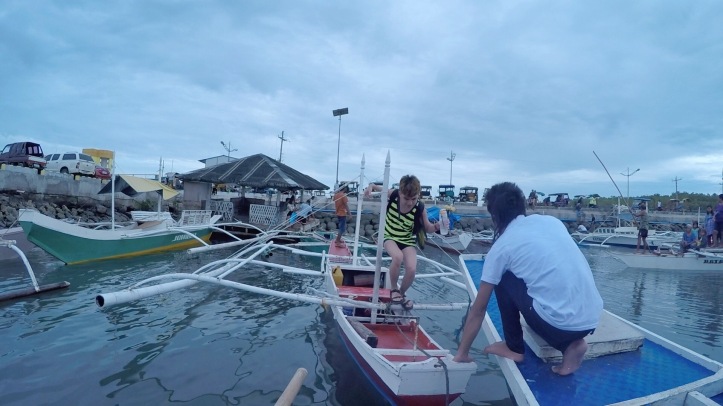 It was already 9PM when we arrived in Tubigon. Worried of not finding a carinderia, we grabbed some food at McDonald’s in the city proper.  We continued and headed to Matabao Beach Resort which is just 15 minutes away from the port. The resort was quite nice and cozy. We rented a cottage and pitched our tents beside it. After a few hours of chit chats and laughter we called it a night. 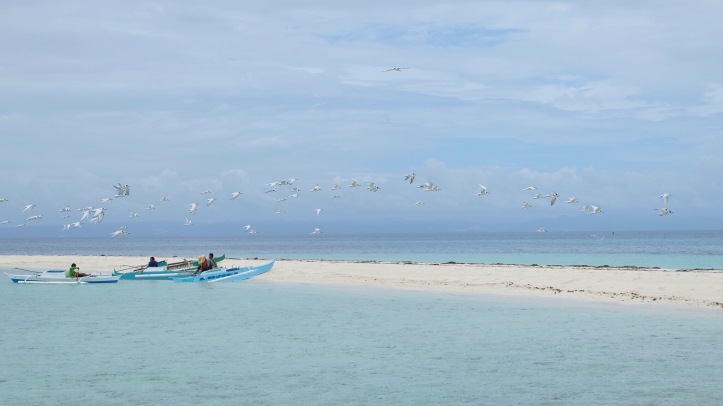 People would normally visit Panglao however we wanted to stay away from the crowded beach. Tubigon on the other hand is becoming known for their unspoiled beaches. By 7am, we packed our bags and headed to the port and grabbed some food from the carinderia for our lunch. We met Mike of Sea Drake Island Cruises and was thrilled to see their cool boat. 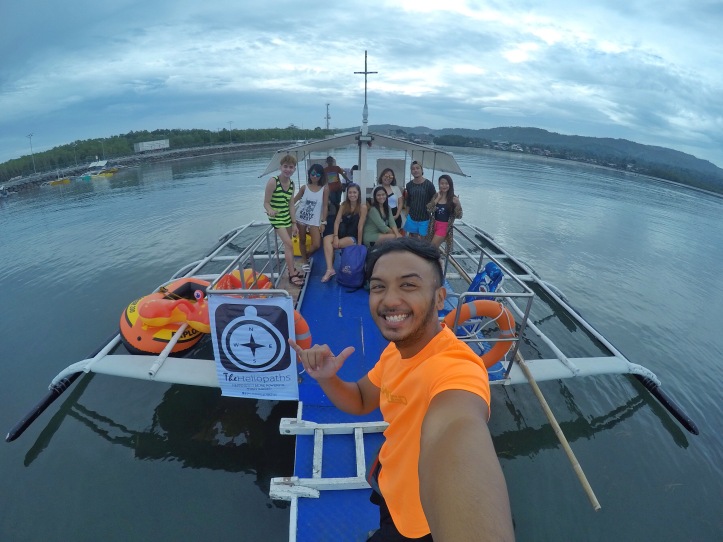 We were joined by 2 very cool ladies, Sheryl and Dianne. Before our tour, Mike gave us a short orientation about the tour and the dos and don’ts and soon we were on our way. What I like about our boat is that it was well built and had it’s own sound system. The boat’s engine was quite as well thank goodness. The cool sound system and the spacious platform really made this tour special and relaxing. 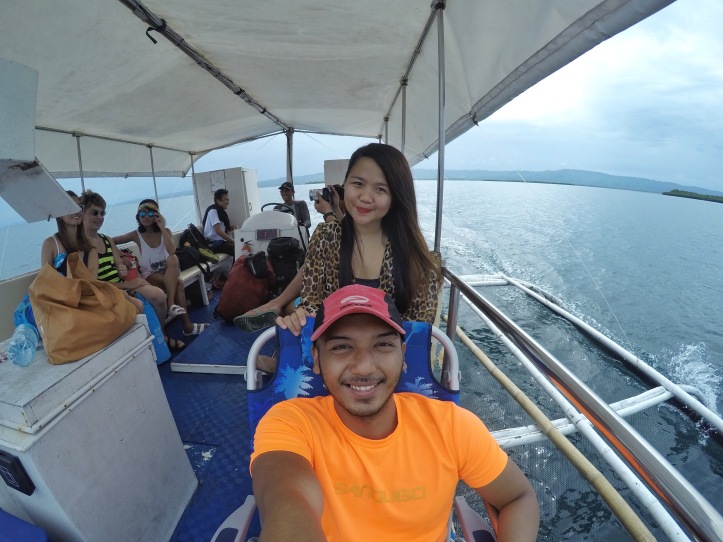 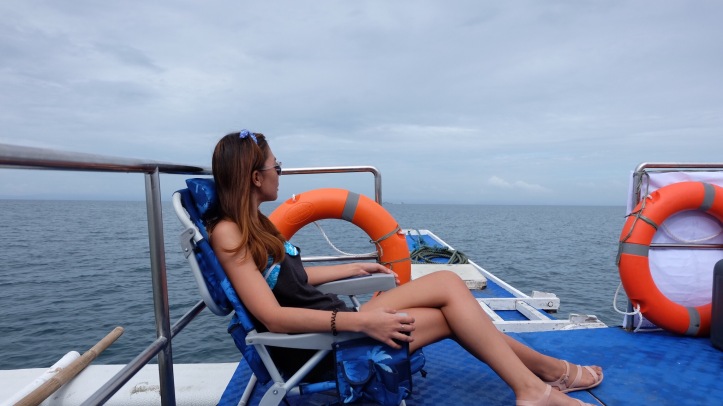 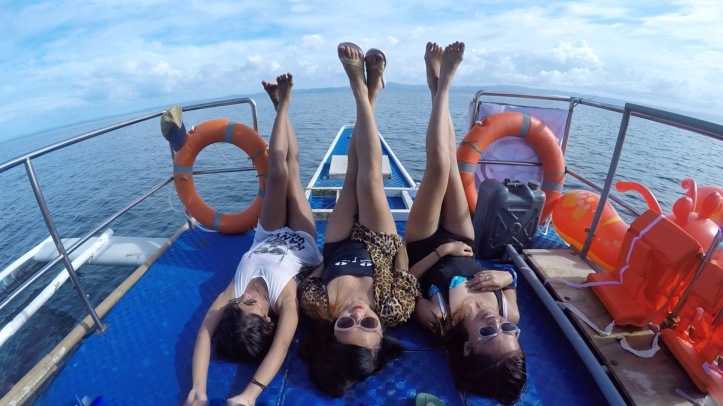 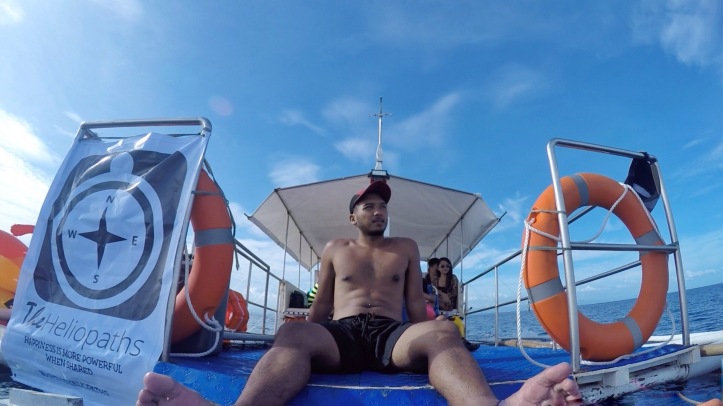 Our first stop was Dumog Island and boy was it beautiful. The island has an abandoned outrigger boat in it and a weathered bahay kubo which made the island look very rustic. The tide was low when we visited the island and we noticed that there were loads of starfish stranded in the island. We carefully placed them back in the water, our way f saying thank you for letting us visit there gorgeous home. 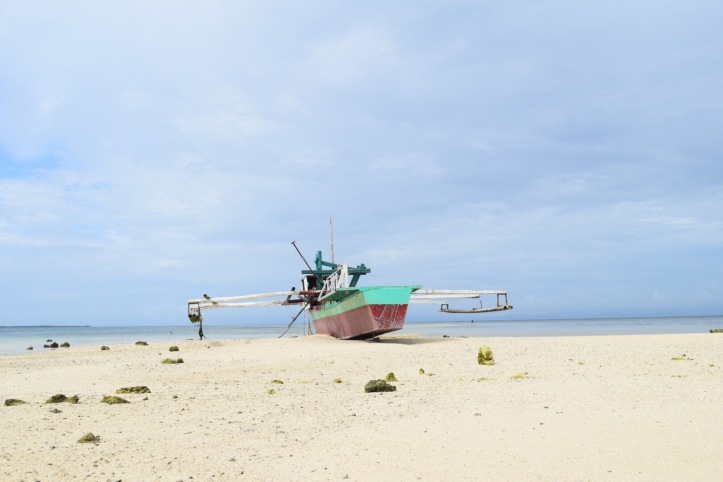 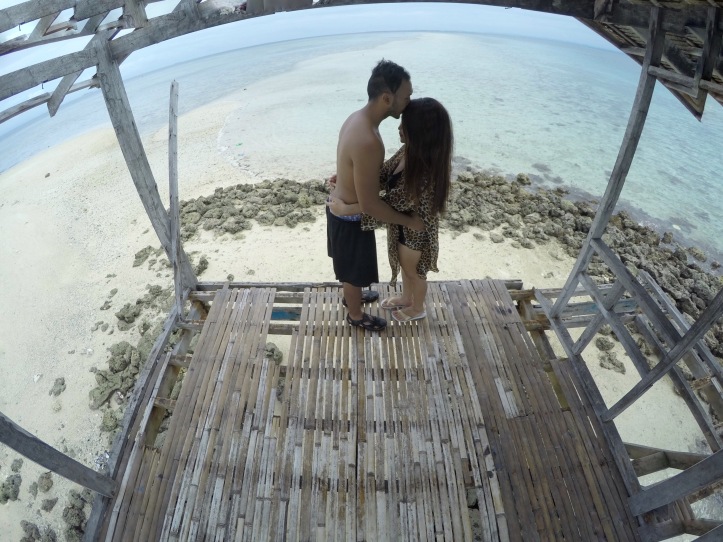 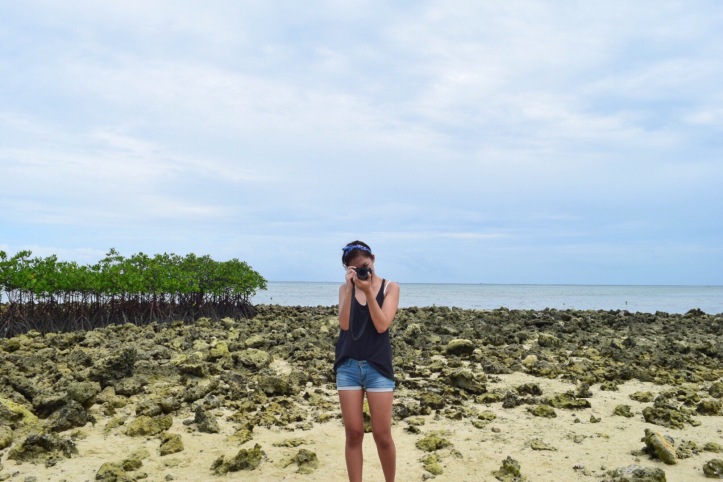 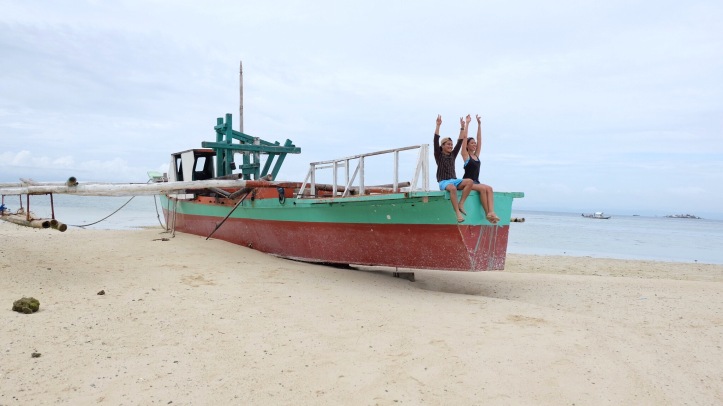 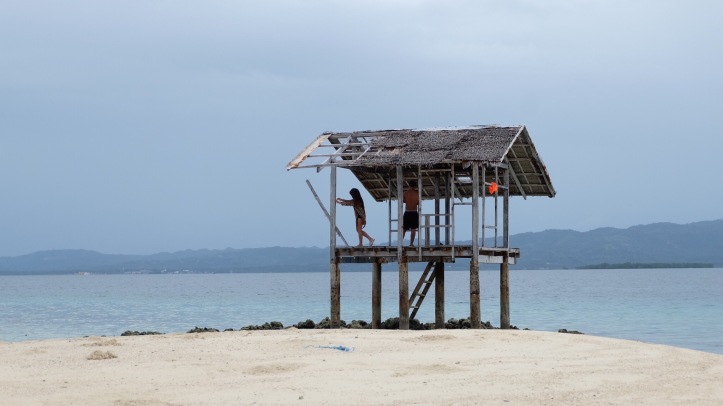 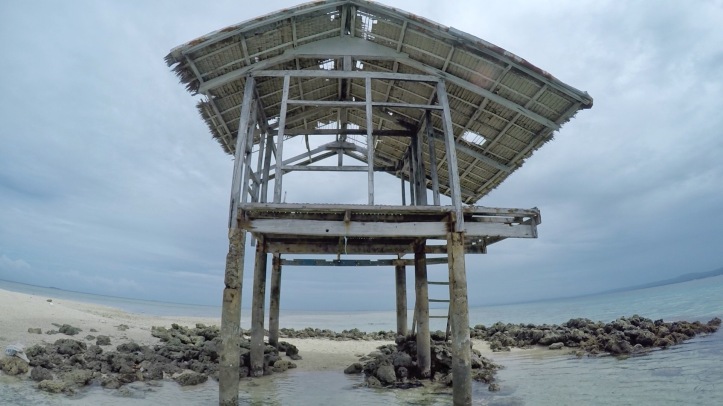 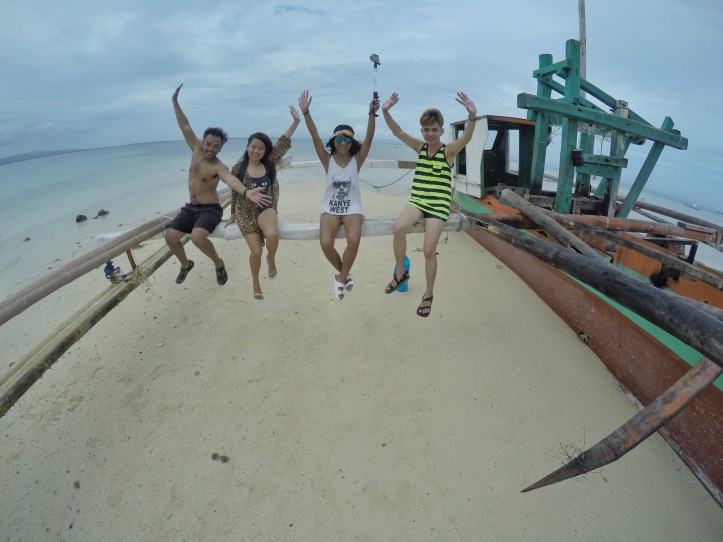 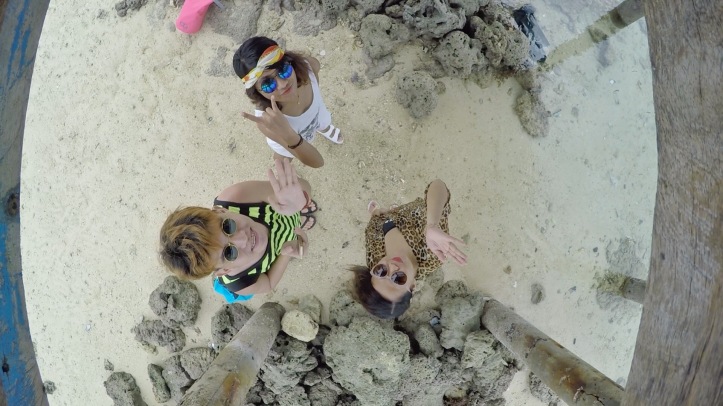 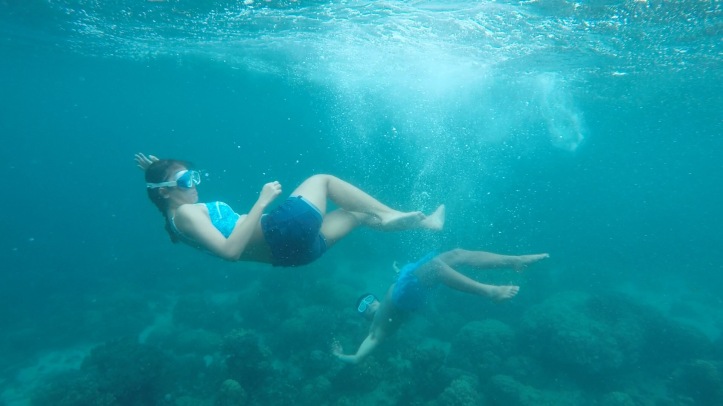 After an hour or so, we were off to our next destination and the star of this tour, the Mundong Sandbar. The island looked very nice from afar and when we finally landed, we were all gobsmacked. My jaw dropped upon seeing a flock of sea birds resting along the sandbar. It was such a magnificent view. 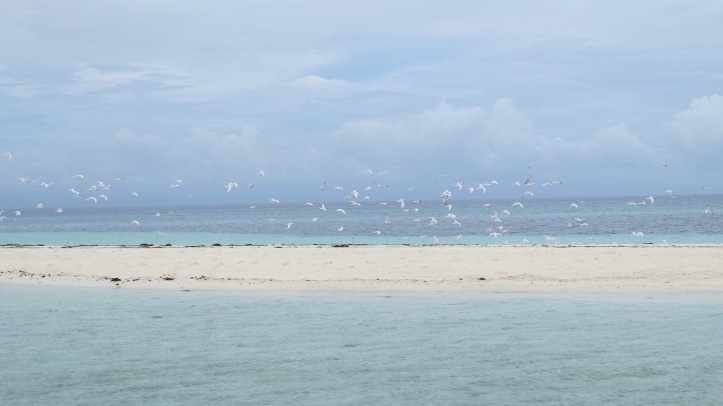 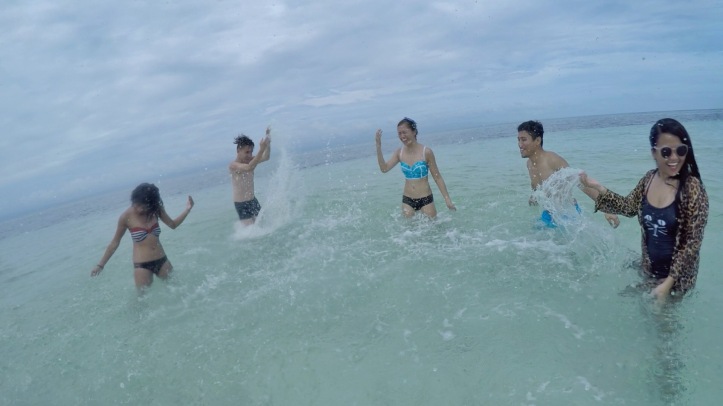 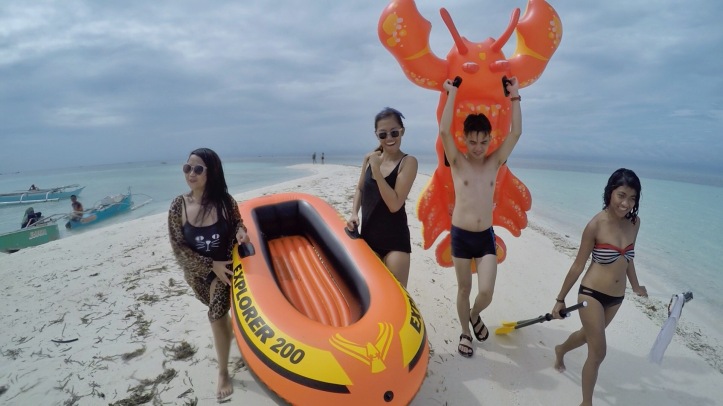 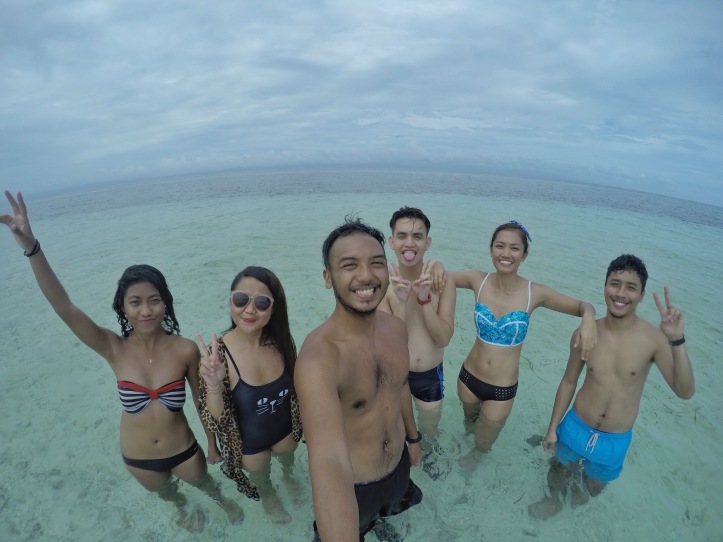 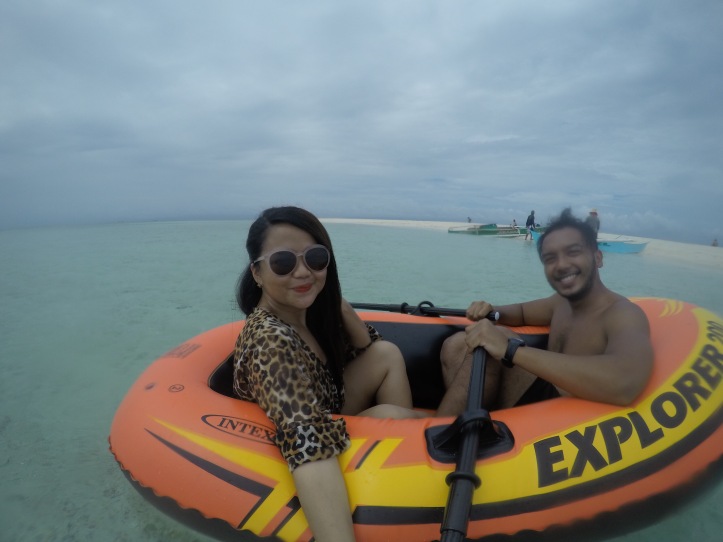 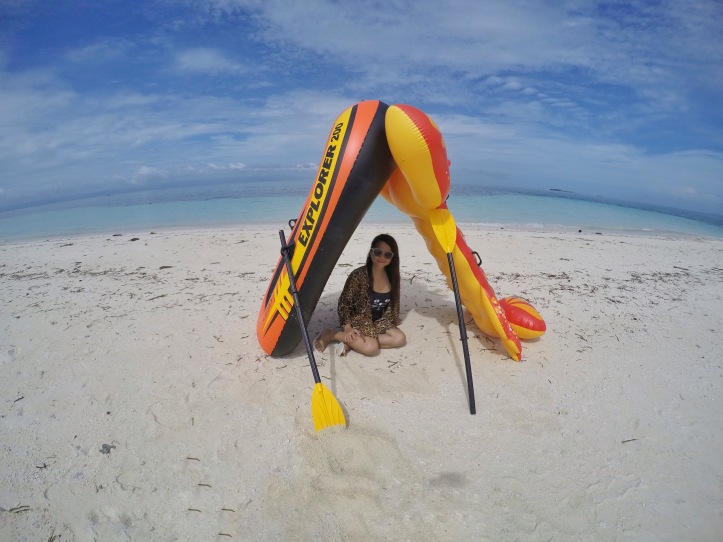 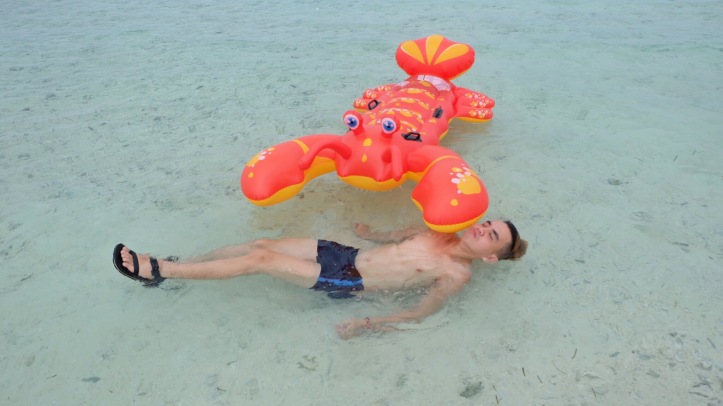 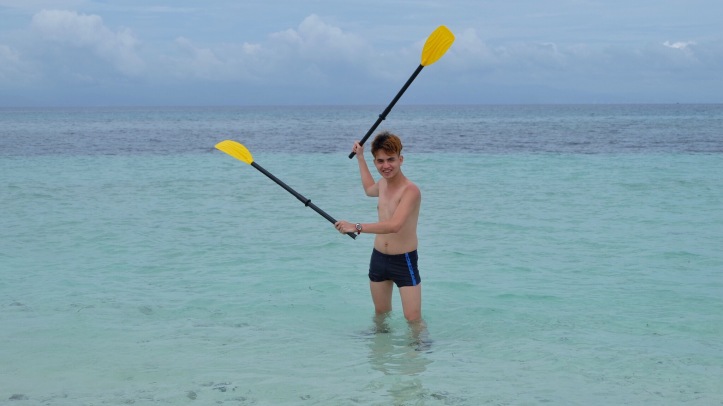 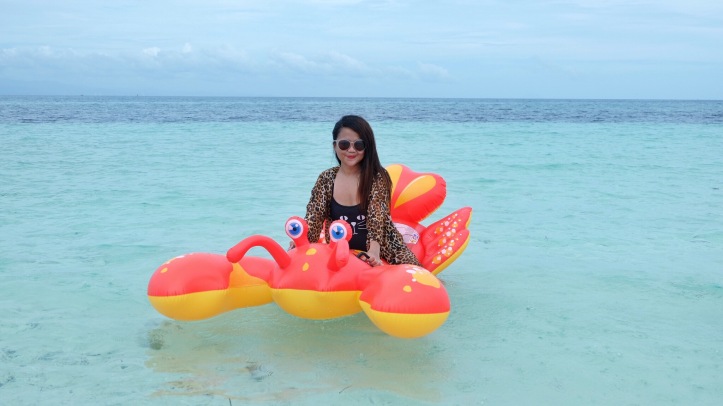 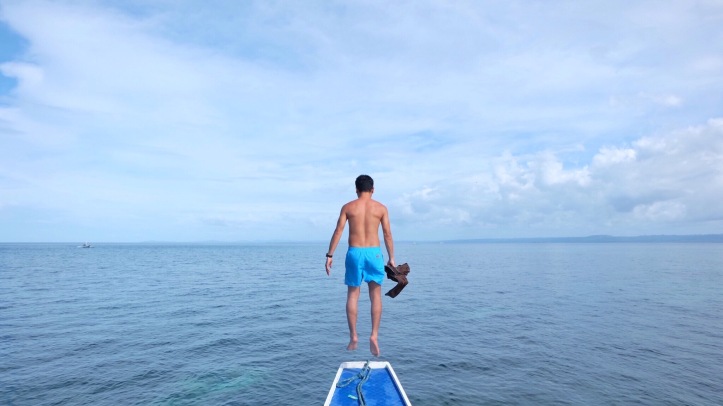 We headed back to the port after a couple of hours of taking pictures and testing out the huge floaters Sea Drake lended us. When we got back to the port, a tricycle driver asked us where we were headed to next. He offered us a ride to Tagbilaran for 1000 php. You might think it is expensive but trust me we saved a lot of money and time. Tagbilaran is very far away from Tubigon and you would normally take a bus to get there. The beauty of riding a tricycle is that you can ask the driver to stop anytime and anywhere should there be a need to.

It was already dark when we arrived in Tagbilaran where we met some of our friends who were staying in a transient house. We agreed to stay with them for the night and enjoy each others company.

We really enjoyed our island hopping in Tubigon. The untouched beauty of the islands and its wild life really was worth the time, money and effort to get there.

Watch our Bohol-Siquijor vlog below!